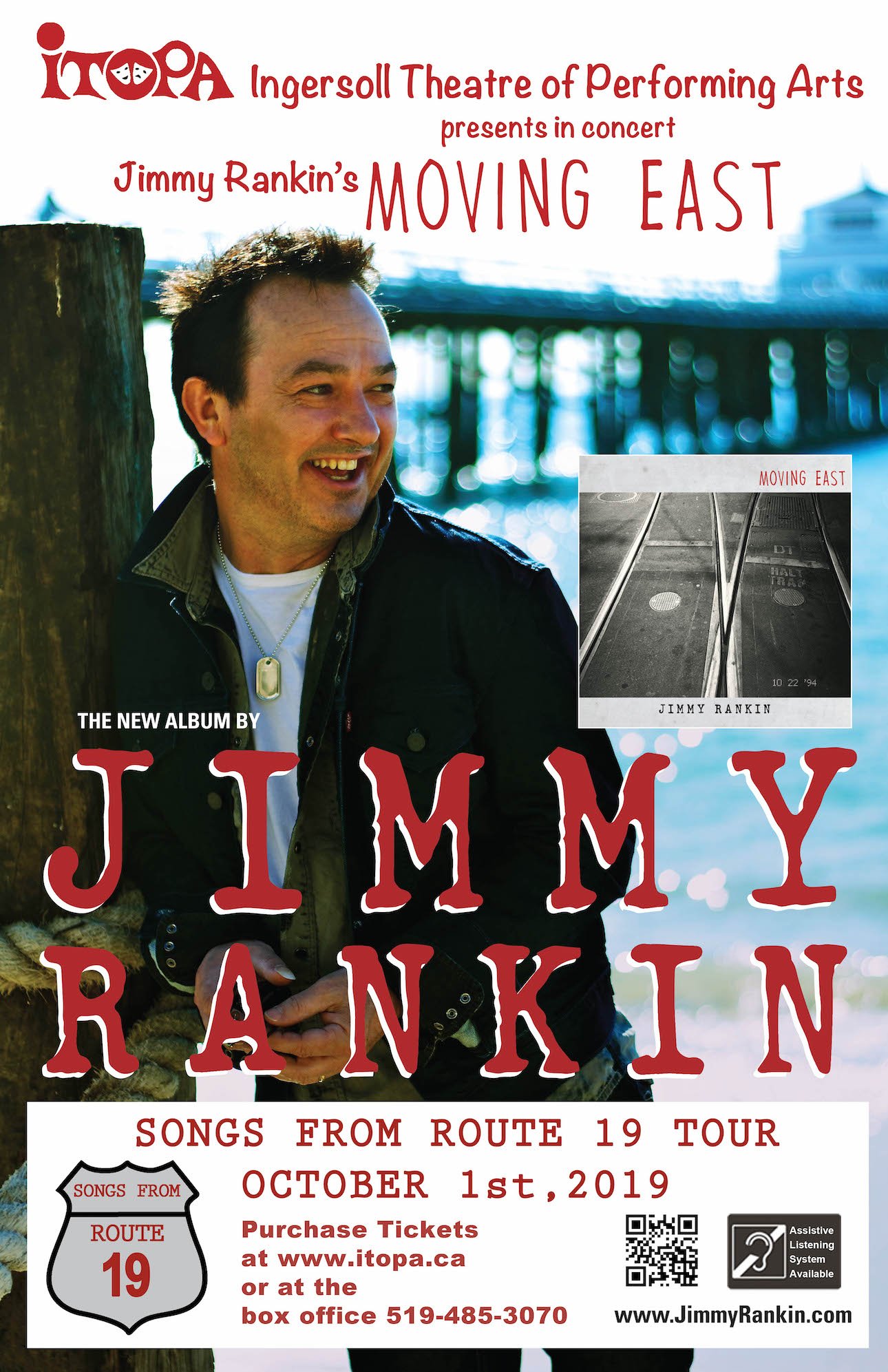 Rankin is a renowned Canadian songwriter with a long string of hits for The Rankin Family and from his solo albums.

He joined the family group as a young teen, and soon became co-lead singer and songwriter of such classics as “North Country,” “You Feel The Same Way Too,” and “Movin’ On.”
His name is synonymous with the East Coast sound, and was one of the very first writers to bring it to a national and international audience. His 1994 Juno-winning single “Fare Thee Well Love” has taken on a life of its own having been sung by choirs around the globe and in 2013, voted the #1 East Coast song of all time by CBC listeners across Canada.
As a solo artist, he’s been ruling the charts since his 2001 debut Song Dog, with such hits as “Followed Her Around,” “Here in My Heart,” and “Cool Car.” His overcrowded mantle includes five Juno Awards, seven Canadian Country Music Awards, and a whopping 27 East Coast Music Awards. His music has taken him around the world, and now Itopa!